IT was the morning of another overcast Sunday. Adrian’s dormitory room feebly lit up through its dust-stained windows. Off late, he had grown averse to even waking upon time when it was gloomy outside. ‘Where is the will? I seem to have lost it,’ he grumbled, his eyes barely open. It wasn’t until the previous night that he gave the room some sort of half-hearted dusting, but clearly, there was still more work to be done. If one were to peer in, they would see clutter. It was like walking by an unsavory alley, strewn with chunks of newspapers, soiled clothes and crumpled tote bags.  Twenty minutes later, his alarm rang. Adrian responded, sat up on his bed, looked out at the melancholic sky and then down below at the rest of his university. ‘Thank God it’s the weekend,’ he sighed. It heightened his impatience when he noticed the mess. ‘Really? Am I letting just a little mess get me down?’ And sometimes, he even felt impatient at how impatient he was.He noticed his Bible and Rosary on the side stool, which he prayed the previous night. At times like this, they beckoned. And at the start of this new term, their beckoning was louder than ever. ‘Pay attention!’ He wanted to change his feckless self. He had descended below his mark.

So what was with this boy? These aren’t mere excusable idiosyncrasies. No, these were a result of something that had a far greater debilitating impact on him. Apparently, last term was hellish. All throughout, Adrian felt stifled. It was because of his roommates. They gave him no peace. They incessantly questioned the very underpinnings of faith, his morals, his devotion and any odd thing that would come to their mind when they saw him sit down to pray. They questioned the Bible. “How does everything come into existence within just seven days?”, “How can a man survive in the belly of a whale and then be spit out unscathed?”, “There’s so much violence”. They questioned the Church. “Why is there one sole teaching authority?”, “Can’t I read of it how I want?” And with his own, admittedly spotty understanding of what was beyond the Bible, he felt vanquished. He remembered his formative years. Growing up Catholic, Adrian would walk out after Mass, beaming, as though with a halo over his head. It relaxed him. He would quietly bask in this sweet sacramental grace, which felt like a light duvet settling on him. This was his comfort, his return. He would, at no cost, give up on it. ‘Is blind ritual sufficient?’ he thought. ‘Or must we seek what is beyond the scriptures, beyond the Mass, beyond the quotidian. Perhaps there lie greater beauties. Who knows?’

He knows! As every morning, he picked up his Bible, sat against what was now faint sunlight, and continued with the Acts. ‘Ah!’, he reflected. ‘The roots of all apostolic succession!’ He saw that it all fell into some sort of less hazy perspective – how what he was reading fit into a much larger framework of not only Sacred Scripture, but also Sacred Tradition. As much as he loved praise and worship, he saw a stronger penchant for reason. He relentlessly believed that this is how God called him to see it, from this higher vantage point. Clarity!

He willed for answers to face his roommates again. He knew the Church has so much to offer, ‘If everyone just looked into it with as much interest as in anything else. Where can I possibly begin?’ Breaking off his reverie, he looked back down to the Acts. It struck him. ‘The Church Fathers – why don’t I just start here?’ These are the leaders of the early church, the successors of the Apostles themselves, who spread and expounded doctrines while divinely inspired. ‘I’m sensing a pattern here,’ he inferred. The prophets of the Old Testament were divinely inspired to foretell, Christ himself was divinely inspired to live out those prophesies for the good of mankind, then the Biblical authors were divinely inspired to write, and the church fathers, to expound these writings. Such is the role of the Holy Spirit – divine inspiration; working then, and working now within the Magisterium.

‘Okay, I’ve gotten to the Magisterium.’ He rummaged for a soft copy of Dei Verbum, Second Vatican’s masterpiece on the Word of God and Biblical interpretation.

Sacred Tradition takes the Word of God entrusted … to the apostles, and hands it on to their successors in its full purity so that they may … preserve [it], … explain it and make it more widely known.

This can tell us why we start from the Church Fathers. They understood the Bible in the milieu of a time closer to when it was written and perhaps its preserved interpretations were ‘fresher’ then. ‘But why do you seek answers from people who are not God?’ he remembered his roommates asking. He despised their sloppy choice of words. ‘People? You mix the muggles with the mudbloods!’, he quipped. ‘These are the Saints! And they are special because they responded to the ‘call to be’ [Romans 1:7] in close communion with God for all of their lives. They live lives of contemplation, chastity and renunciation of everything worldly for the furthering of doctrine, just to make our own lives easier. That is not trivial.’ Although not all Saints were Church Fathers, most of them were renowned philosophers and theologians contributing to formation of doctrine, e.g. St. Francis of Assisi, St. Augustine of Hippo, St. Ignatius of Loyola, etc. ‘If they understood the scriptures while divinely inspired to do so, I wouldn’t think twice before learning from their works.’

St. Thomas Aquinas, another one of the most influential ‘people’ of Medieval times, presents us with four levels of interpretations of the Bible or ‘senses’ of Holy Scripture – the literal sense and the three spiritual senses i.e. the allegorical, the moral and the anagogical senses [Summa Theologiae]. ‘Wow, I seem to be getting somewhere!’ The literal sense is the meaning that the author directly intended, which holds until today. The allegorical sense is when text in the Old Testament is symbolic of events in the New testament, during Christ’s time. ‘Like the prophesies!’ The moral sense is that by which the things done by Christ and the apostles is a sign of how we can emulate them in our time today. Then the anagogical sense is to signify things of eternal glory that lie ahead in the eschatological future, like in [Isaiah 66:10] “Rejoice O Jerusalem, and come together all you that love her; rejoice with joy, you that have been in sorrow: that you may exult and be filled from the breasts of your consolation.” Now, the author speaks literally of a real city that is Jerusalem, but in an anagogical sense to the heavenly Jerusalem – the Kingdom of God, which lasts eternally.

‘Ah, so the story of the man in the whale was really something, then.’ Jonah was a prophet and he was instructed by God to deliver judgment to the people of a nearby town.  Disobeying, he flees and boards a ship. The ship encounters a great storm and Jonah is overthrown and swallowed by a large fish where he sorrowfully languishes for three days and three nights. The fish spits him out onto dry land when he finally decides to repent and comply with God’s command. This could allegorically tell us of Jesus’ resting in the grave for three days and three nights, in the New Testament; and morally, of our descent into the depths of despair, when we detach ourselves from things that we genuinely need, i.e. from that which God has pointed out for us. ‘Take it as it comes,’ we think. But what if the whale comes? What if we languish? There is still hope. We can emerge from its dark belly with the influx of grace from the Sacraments, guided by the Holy Spirit and the sweet, divine mercy that flows from his pierced side. Fantastic!

Two days had passed before his roommates finally arrived. Steve and Josh came in on successive days. The rains had delayed everything. There were no classes, no students walking about on campus and the dreary humdrum of dormitory life put everyone off. Thankfully, he wasn’t facing much fuss from them just yet. He used this solitude to his advantage. On Wednesday, he continued, ‘What is the literary genre prevalent in the Bible?’ There’s not one, but plenty!

“To search out the intention of the sacred writers, attention should be given, among other things, to “literary forms”. … which are variously historical, prophetic, poetic, or of other forms of discourse. The interpreter must investigate what meaning the sacred writer intended to express … by using contemporary literary forms in accordance with the situation of his own time and culture [Dei Verbum].”

‘So, the Bible is like a library! Asking me if I take the Bible literally is like asking if I take the library literally. Some parts of it I do, some parts of it, certainly not,’ he remarked. So where does the book of Jonah lie in this flurry of genres? Prophesy. And, where does Genesis lie? Creation mythology, theological poetry! It is a theological reflection on the creation of all things. This was not new to contemporary authors. Interestingly, Greek mythology was being authored at the time. Hesoid, the greek epic poet composed Theogony a few hundred years former to Christ’s birth. This is an account of the origins of the world in which Gaia (earth) was separated from Ouranos (sky), separating the earth from heavens. Intuitively, we see this theme of ‘separation’ in the creation story of Genesis too! “God saw that the light was good, and he separated the light from the darkness [Genesis 1:4]. … So God made the vault and separated the water under the vault from the water above it. And it was so. God called the vault ‘sky’ [Genesis 1:7-8].”

Imagine authors writing mythologies today! Would you question them? He glared at Steve. He was reading Dan Brown. “Okay, so he lies dead, posed as the Vitruvian man, with the message encoded in Fibonacci,” said Steve, hopelessly trying to keep his mind occupied.‘Sure, this you seriously try to decipher.’ Steve was the type of person who would read Dante’s Divine Comedy and question if there was actually an Inferno below us. ‘So critical! Read it as poetry, because that is the genre.’

St. Augustine points out yet another allegorical view in Genesis.

“And when the narrator mentioned them he was not employing figurative language, but giving an explicit account of things which had a forward reference that was figurative [The Works of St. Augustine: On Genesis].”

Genesis’ creation is non-violent. It was through God’s act of speech. There is no chaos, as in Greek mythology and no account of one God conquering the other. There is no blood or gore. Allegorically and interestingly, Jesus says in his speeches to be non-violent and loving to all enemies, in line with the universe and how it was created. As you’d have observed, this was always the Christian standpoint. See the forward reference?

It was soon Saturday and the morning seemed radiant and resplendent. The sun was out again! Adrian looked out into the nearly blinding light that shone into his room. Down below, his university seemed to be recuperating from the wet, dismal week. The footpaths had dried off, the puddles were being swept aside and it bustled with student life again. ‘Calm down, cast your anxieties away,’ he thought, pacifying himself, ‘don’t be unnerved.’ He remembered the theology of creation. Creation is happening even today, as we pray. God speaks a new person into us, as we parley with him in prayer. After yet another thorough dusting, his room was neatened. He gleamed. He was out of the whale’s belly. It was the seventh day, and he rested. 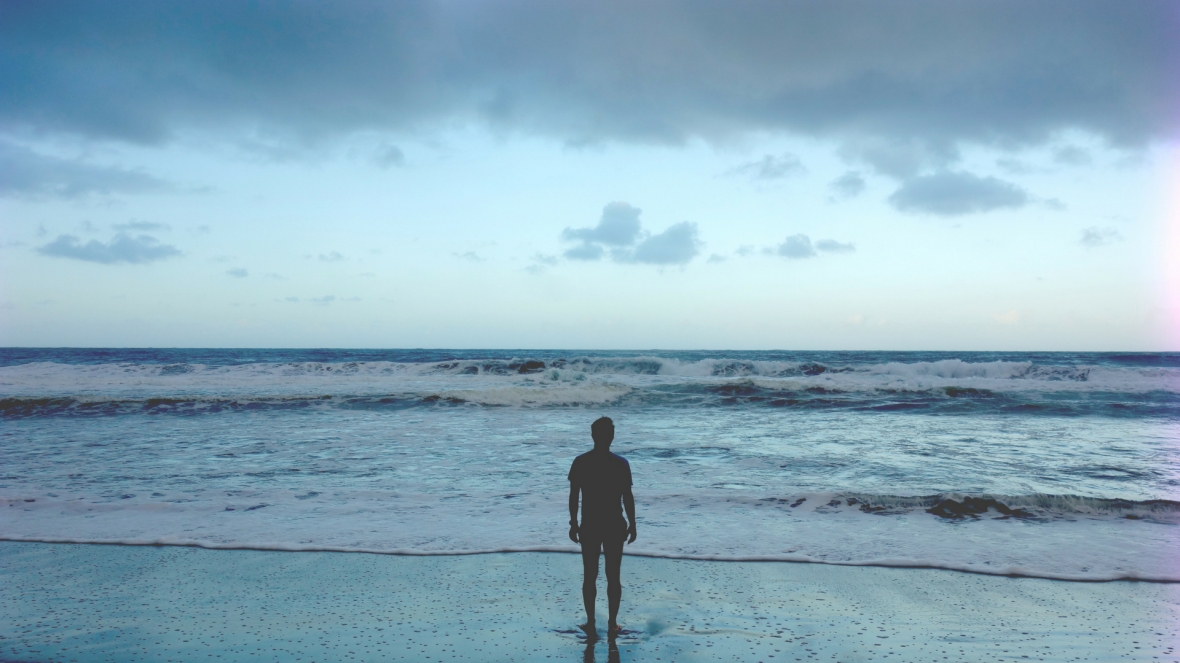